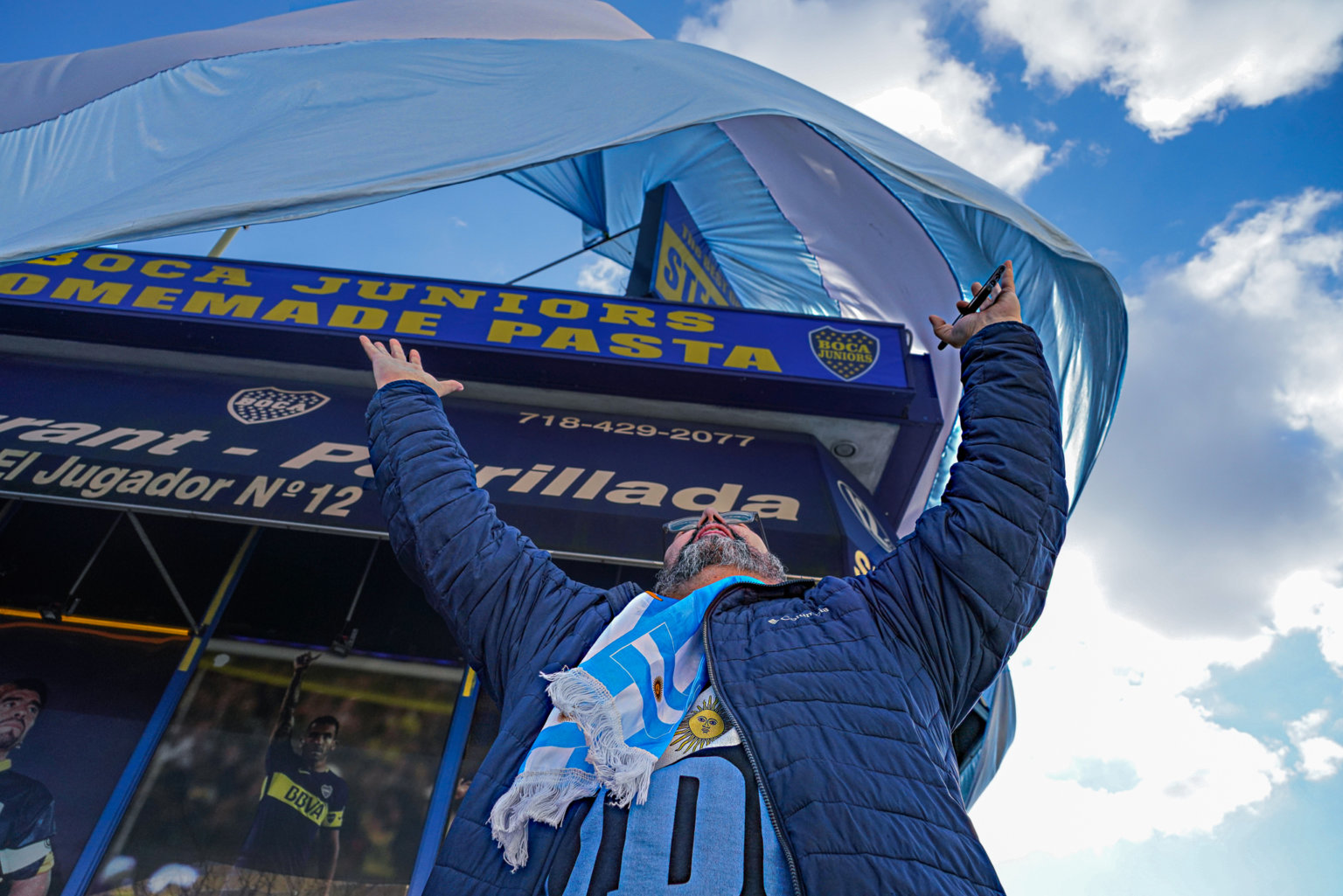 After their team defeated France to win the World Cup in a stunning way on Sunday, Argentinian fans in Queens erupted in uncontrollable delight. 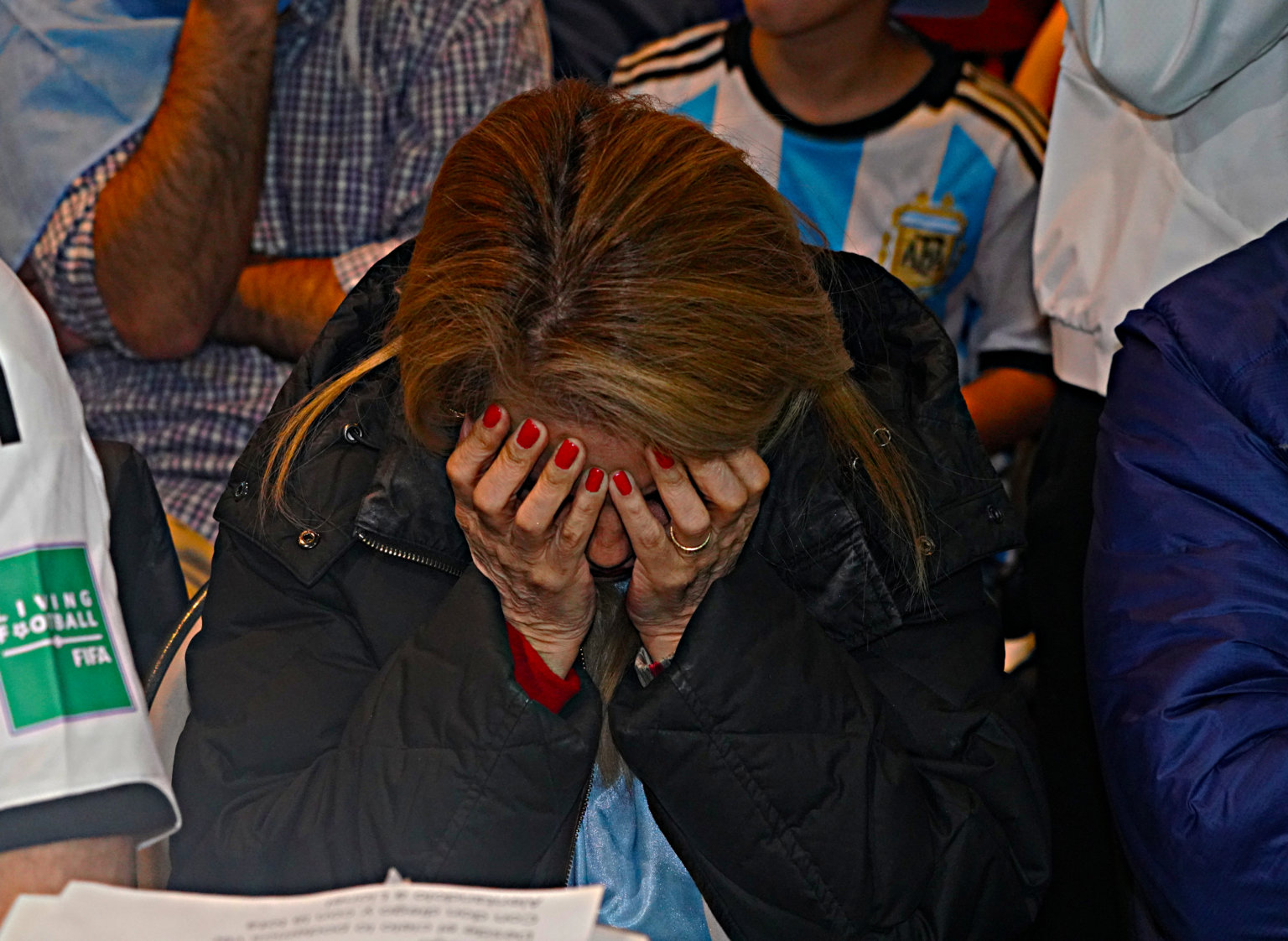 On December 18, hundreds of soccer fans crammed into Boca Junior’s Restaurant at 81-08 Queens Boulevard in Elmhurst with almost any room to spare.

It was a rough path before the hair-raising win for Argentina would arrive. Fans of all ages from Elmhurst and surrounding Jackson Heights dressed head to toe in blue and white looked to help ring in a win for Argentina. 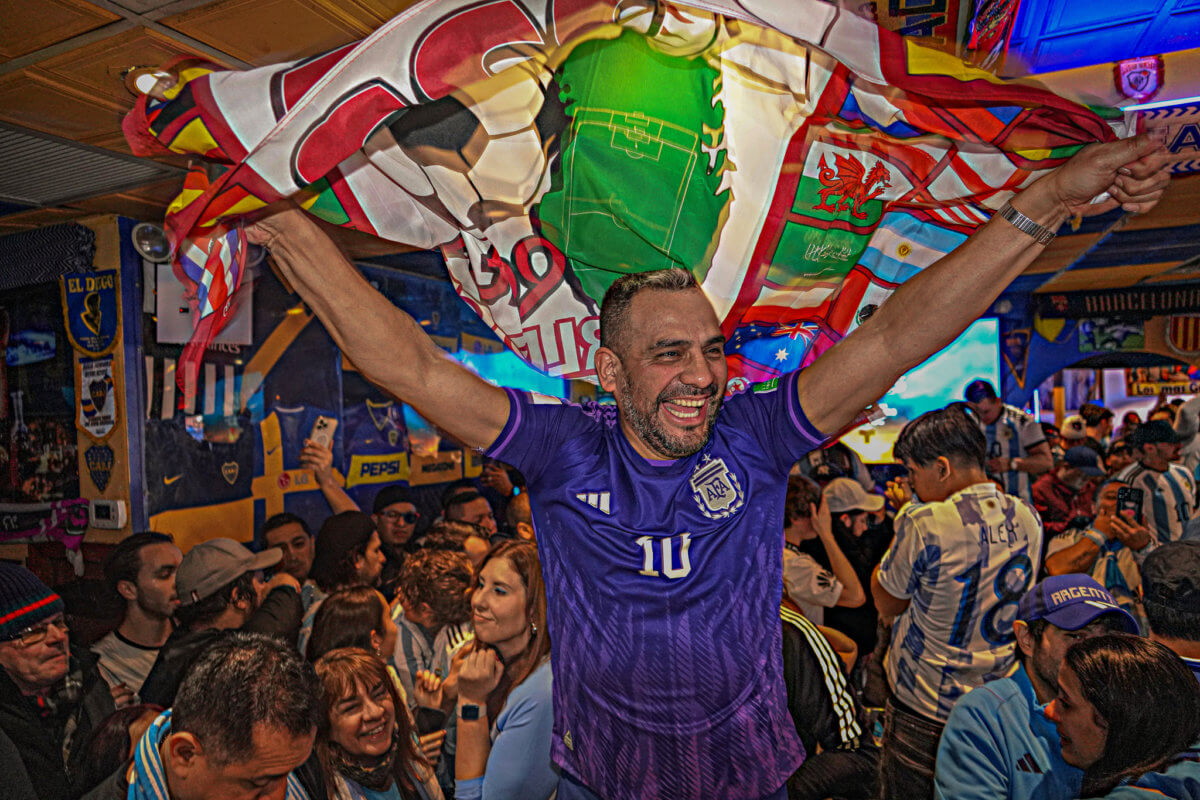 A 2-0 game in favor of Argentina quickly got tied by France, who appeared to be coming back with a vengeance, as soccer fans pounded their fists into the Boca Juniors bar and others clasped their faces in sorrow.

As both teams continued to score goals, the emotional rollercoaster would run even longer, culminating in a breathless penalty shootout.

While some struggled to contain their tears, others barely managed to watch as they wrapped scarves around their faces. 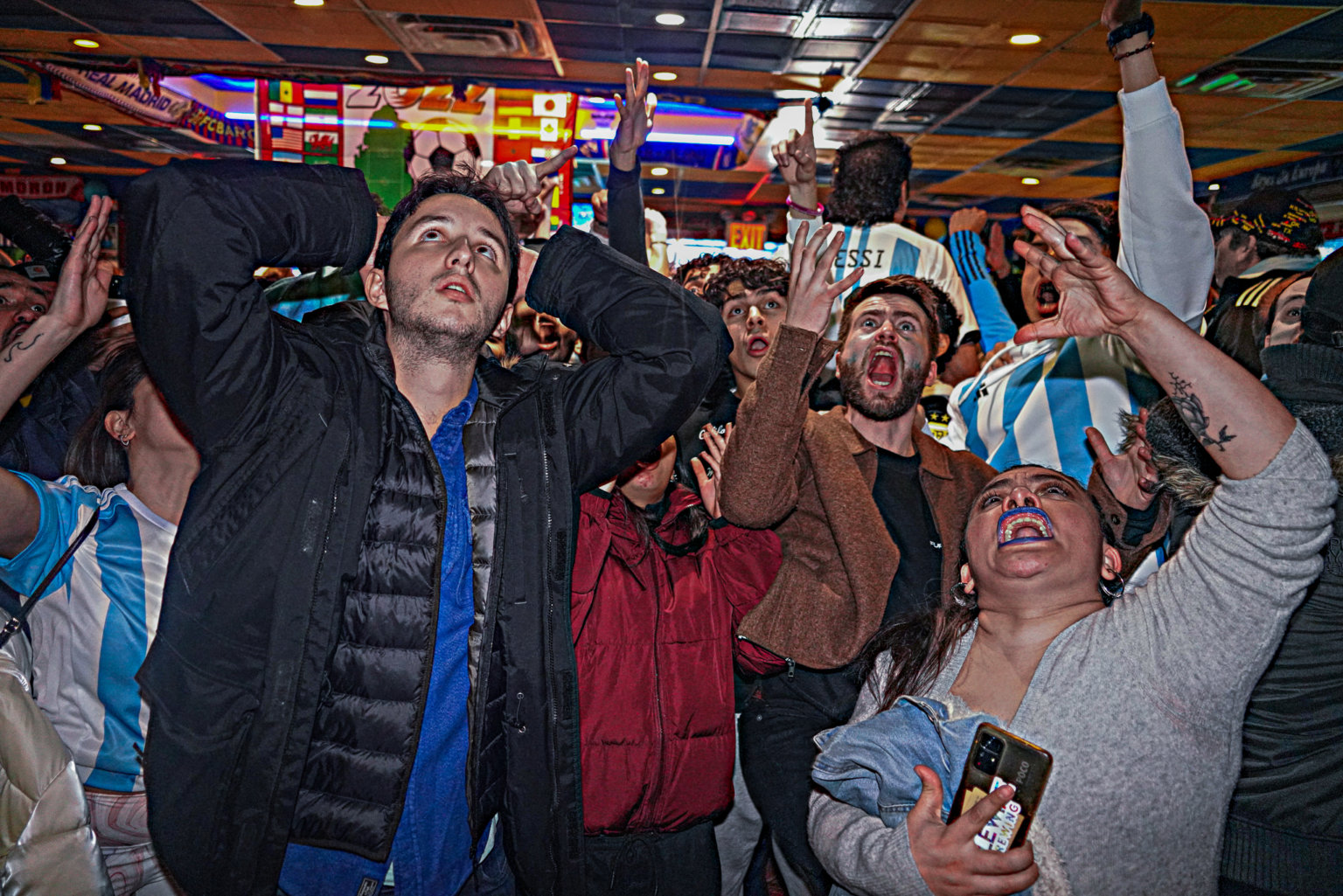 However, that all changed the moment Argentina won the World Cup, their first since 1986, with a 4-2 victory on penalties. Tears were shed, flags were torn from the bar’s ceiling, and supporters danced on chairs and gave passionate hugs.

But the celebration didn’t end there.

The mob danced under the Argentinian flag, beat on drums, and blew into trumpets as it covered the entire bar. Fans traveled to Junction Boulevard to join even more revelers as the party spilled out into the city streets from bars and homes. 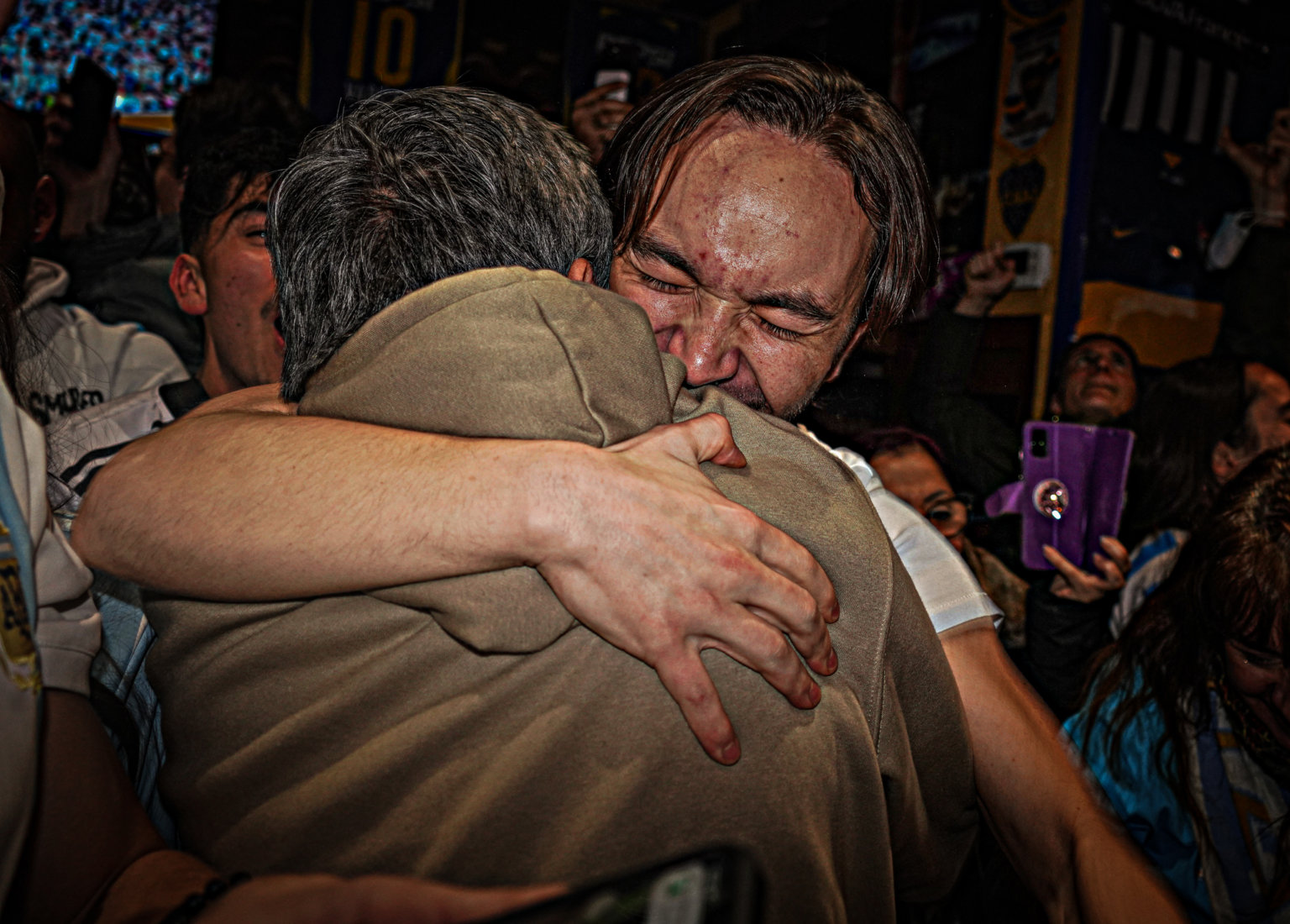 Some people shouted joyfully while climbing up lampposts and bus seats, while others went into the streets waving the Argentinian flag. 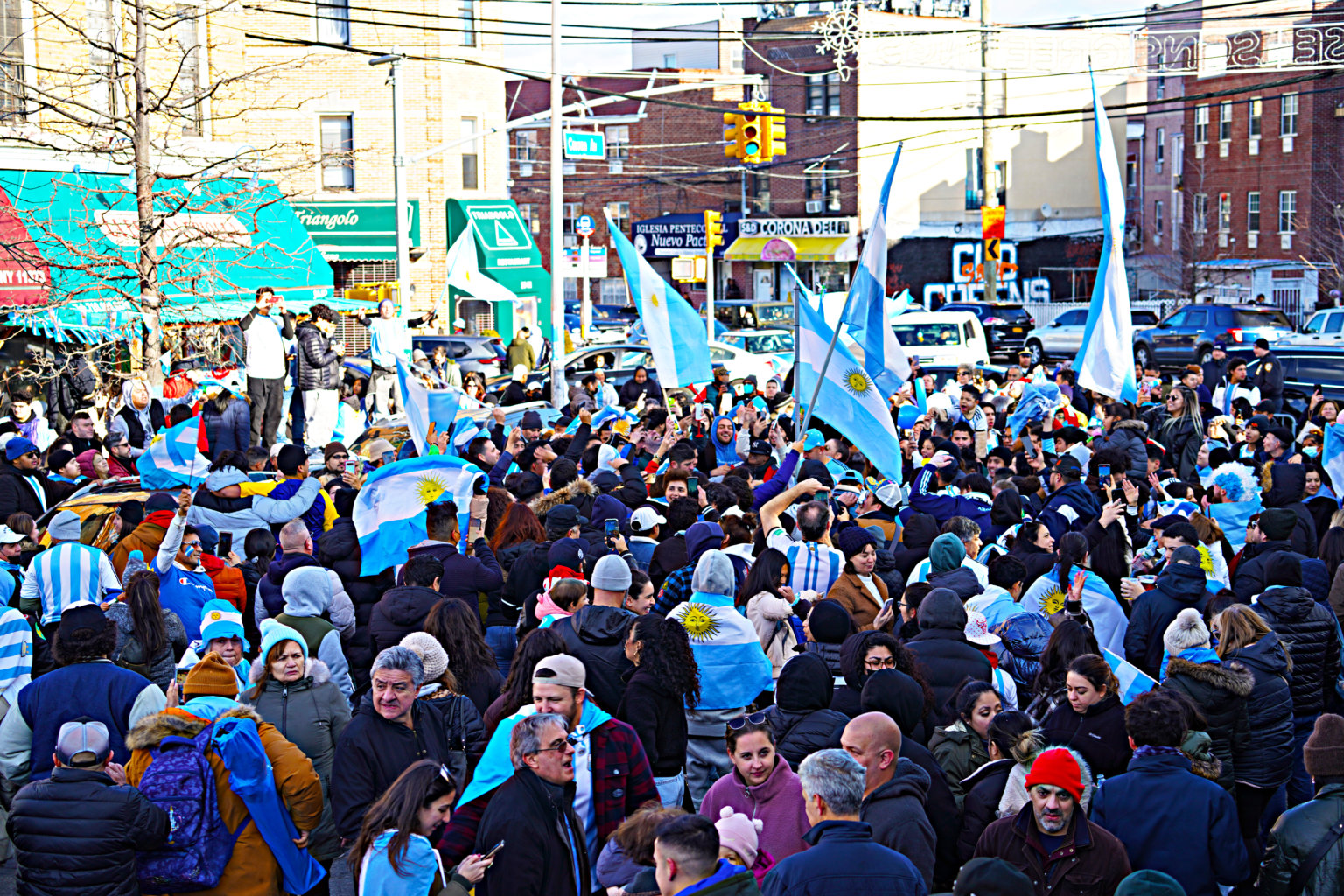 Due to the historic commemoration, Q58 buses were diverted in both directions on Corona Avenue between 92nd Street and Junction Boulevard. The flags and colors of Argentina were displayed on cars and trucks as they drove through the streets, honking proudly.

Read More: HERE IS WHEN SENIORS WILL RECEIVE THEIR 8.7% SOCIAL SECURITY INCREASE

Previous Posts Here is when seniors will receive their 8.7% Social Security increase
Next Posts Bomb Cyclone strikes the USA , temperatures drop to minus 45 degrees